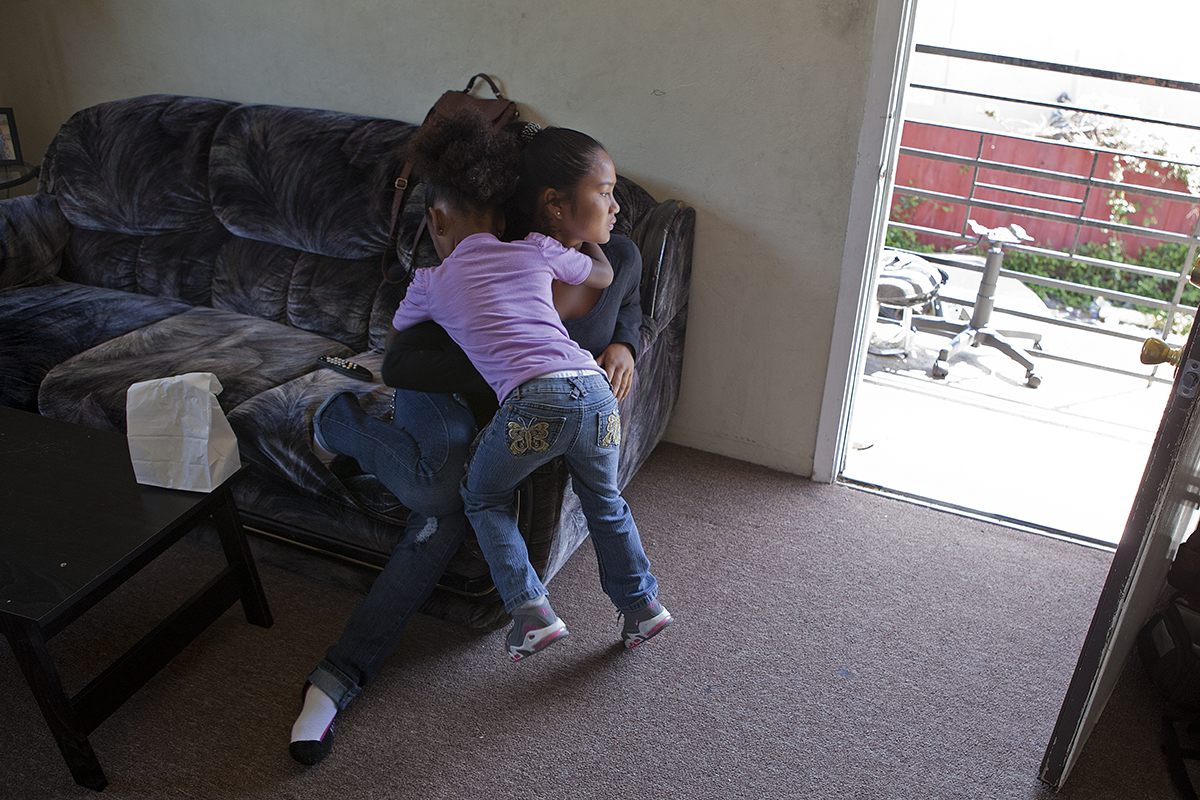 Thavery Hov, 20, and her daughter, Jazzynae, in East Oakland, California. Thavery had children as a teenager and says, “if I didn’t have my kids I still would’ve been on the streets.” 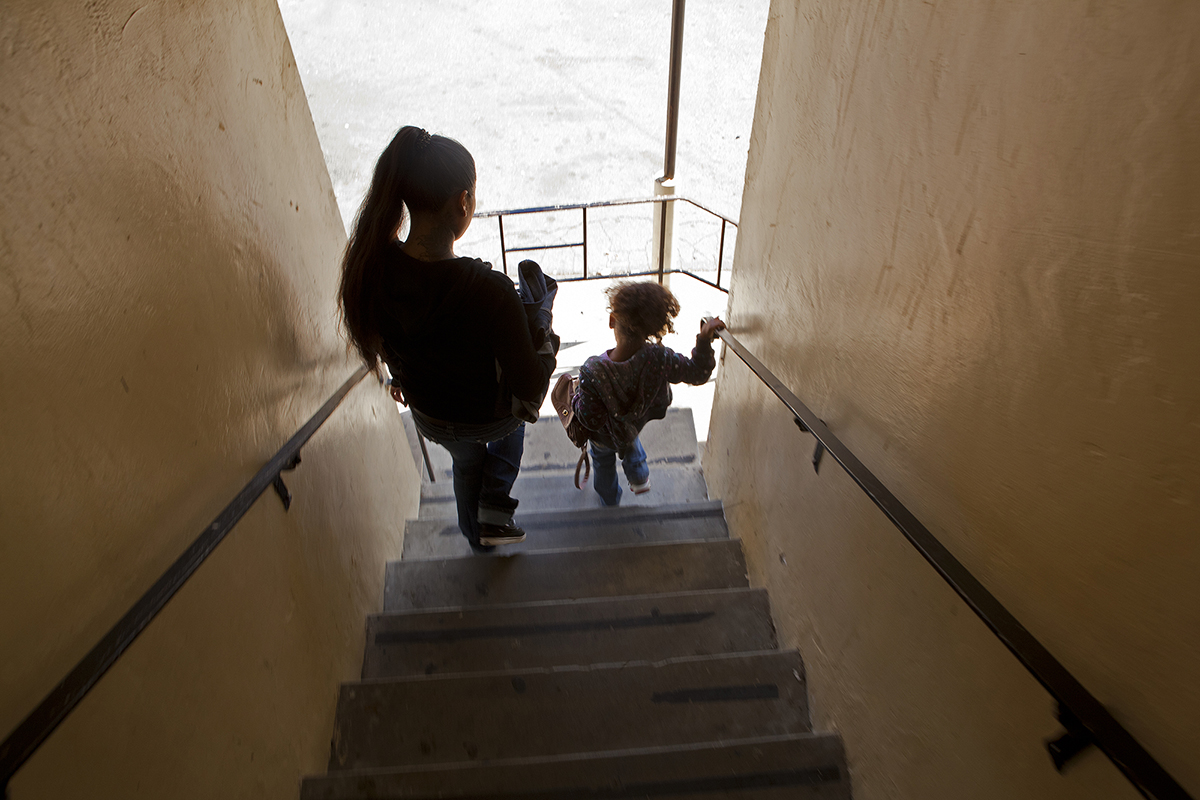 Thavery was never close with her mother, a Cambodian refugee with severe PTSD. She strives to be close with her own four year-old daughter, Jazzynae. 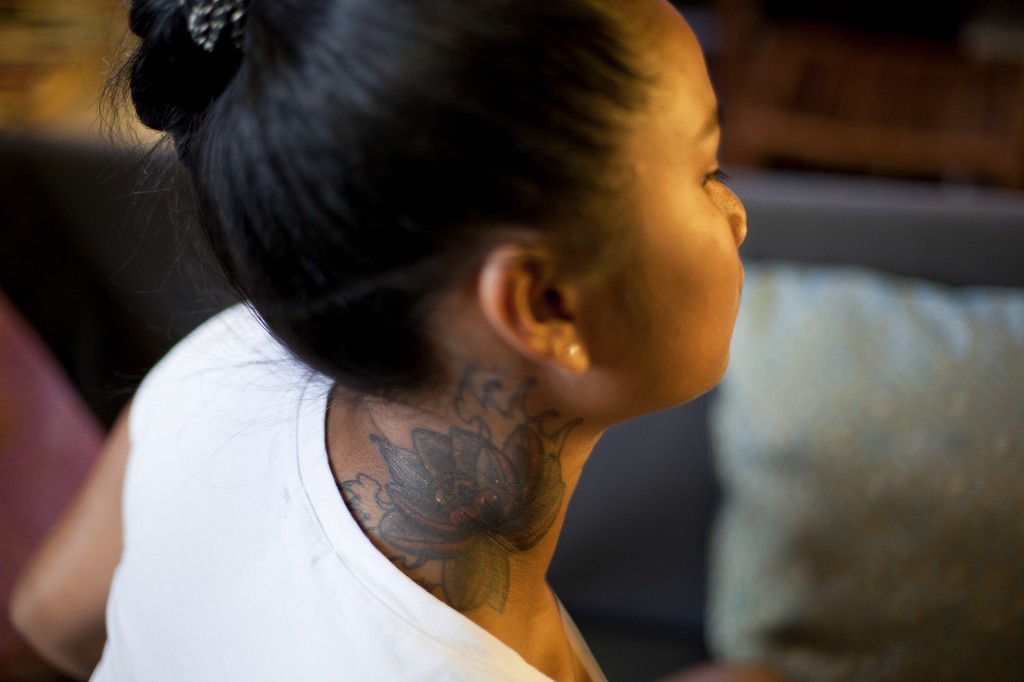 “A lotus flower grows from muddy, dirty water,” Thavery says, “but when it blooms it grows into a beautiful flower.” She sees it as a metaphor for her life. 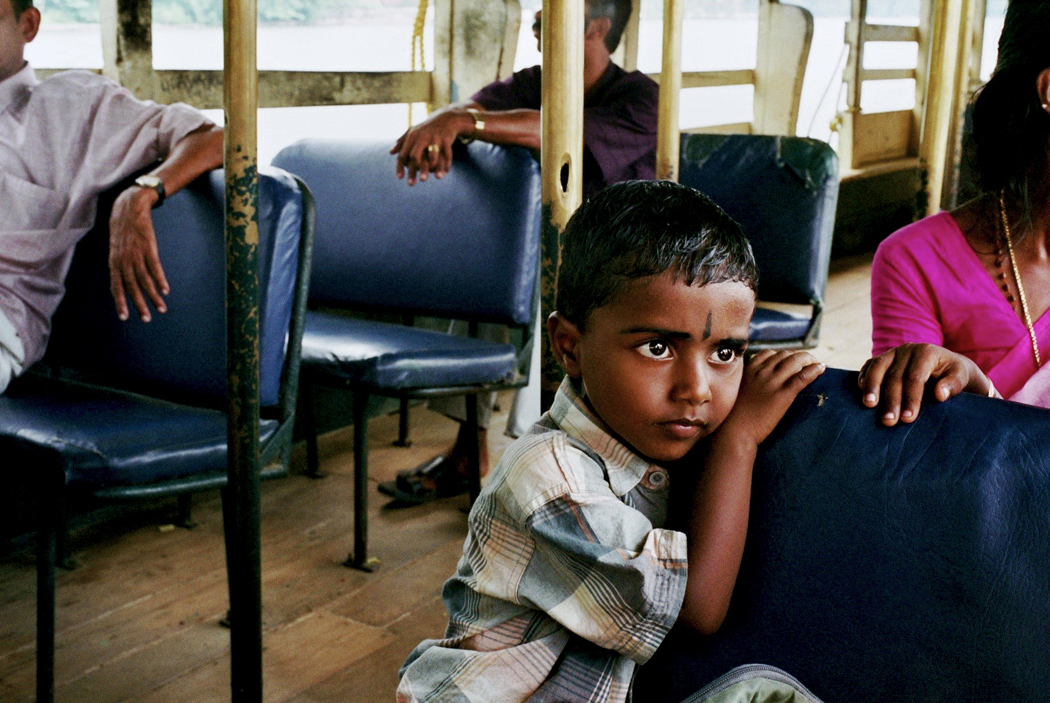 A young boy rides a ferry in the swampy backwaters of Kerala, India. 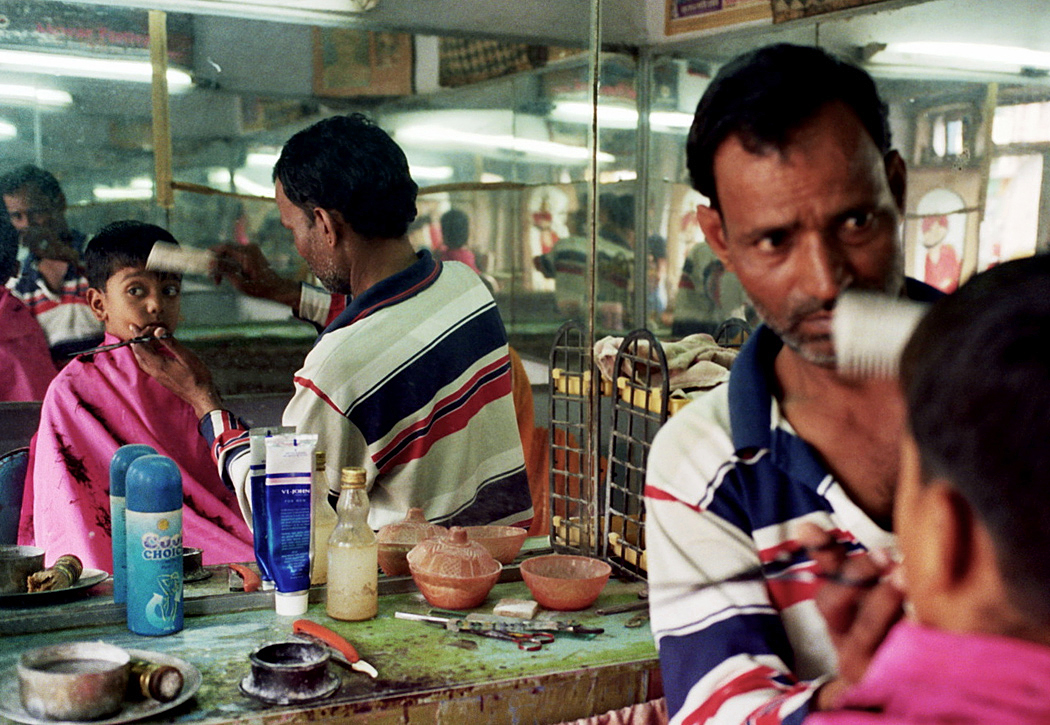 A boy gets a haircut in a two-seat barbershop in Udaipur, Rajasthan, India. 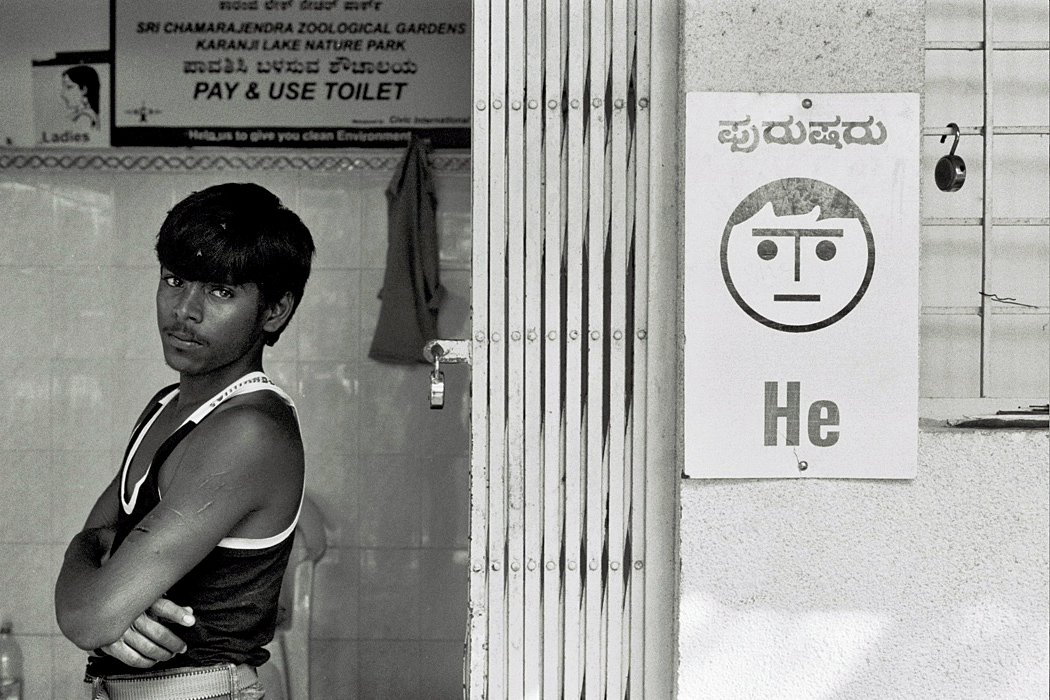 A young man looks after a men’s restroom in Mysore, Karnataka, India. 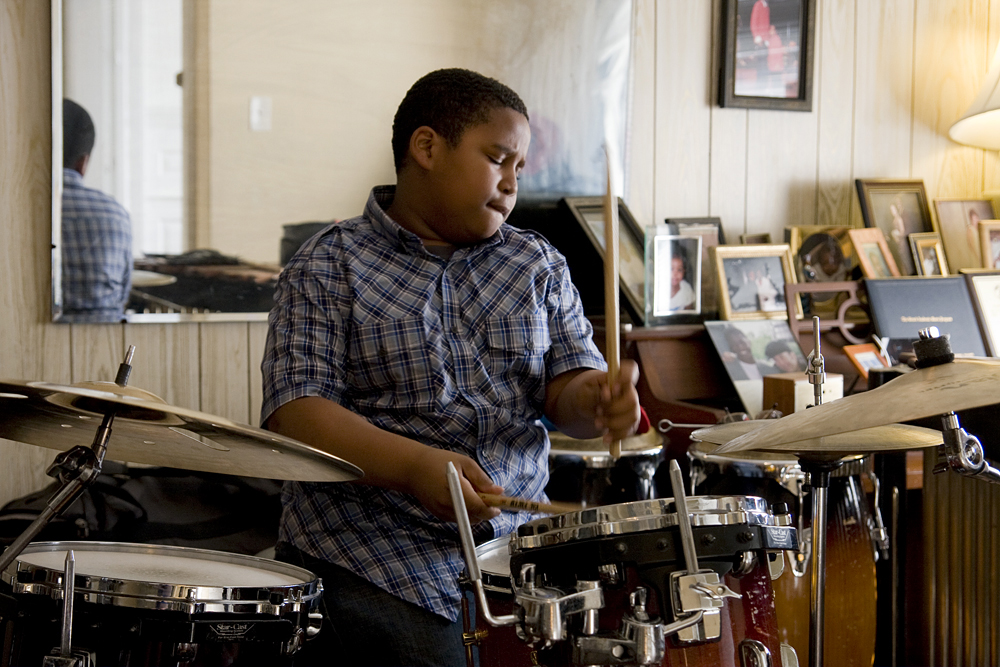 At ten years old Nazir Ebo is already a professional drummer in Philadelphia. 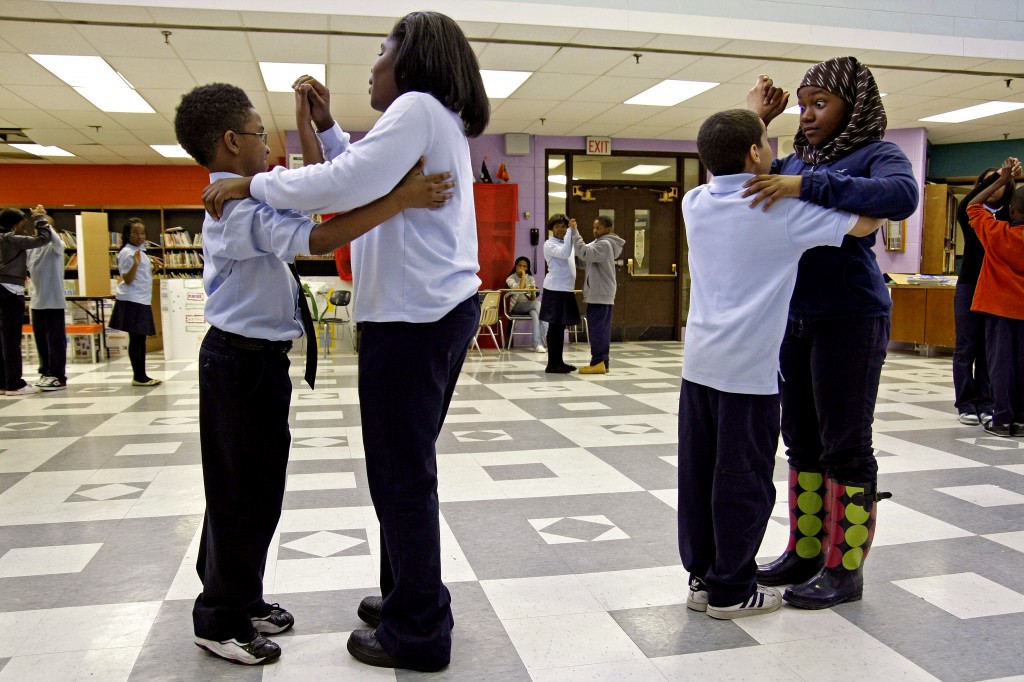 The fourth graders at Prince Hall Elementary School in Philadelphia are learning ballroom dancing, which means they get to miss math class, but they also have to dance with the opposite sex. 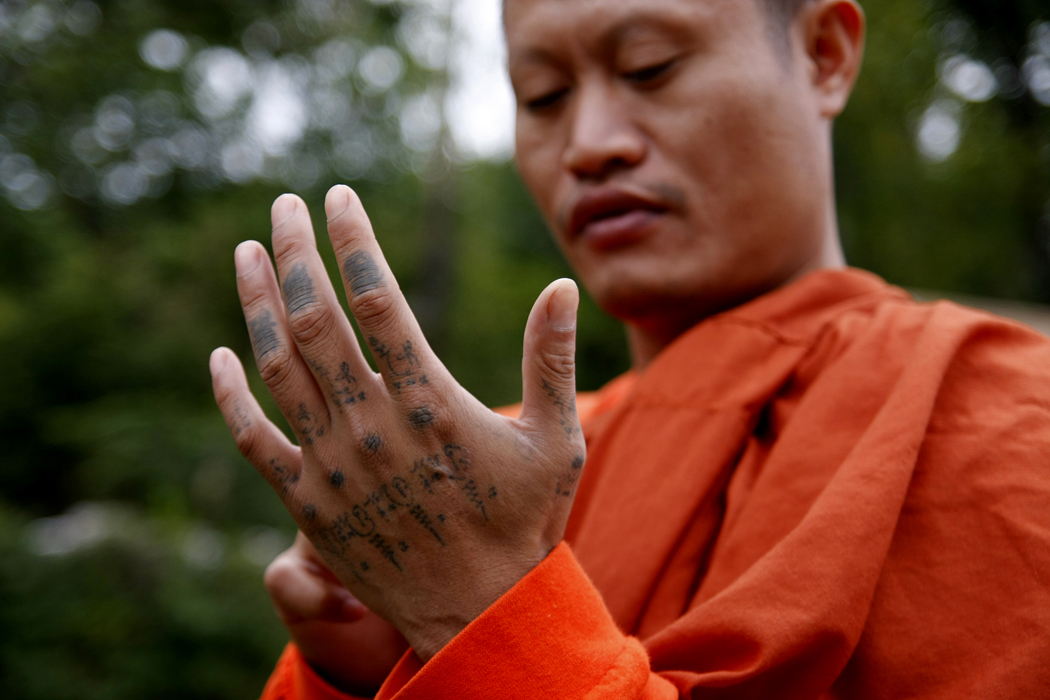 Horn Pa, a Cambodian refugee who resettled in South Philadelphia, left a gang and a life of crime to become a Buddhist Monk.

Two men perched atop a portable toilet to see the crowds at Barack Obama’s inauguration in 2008. 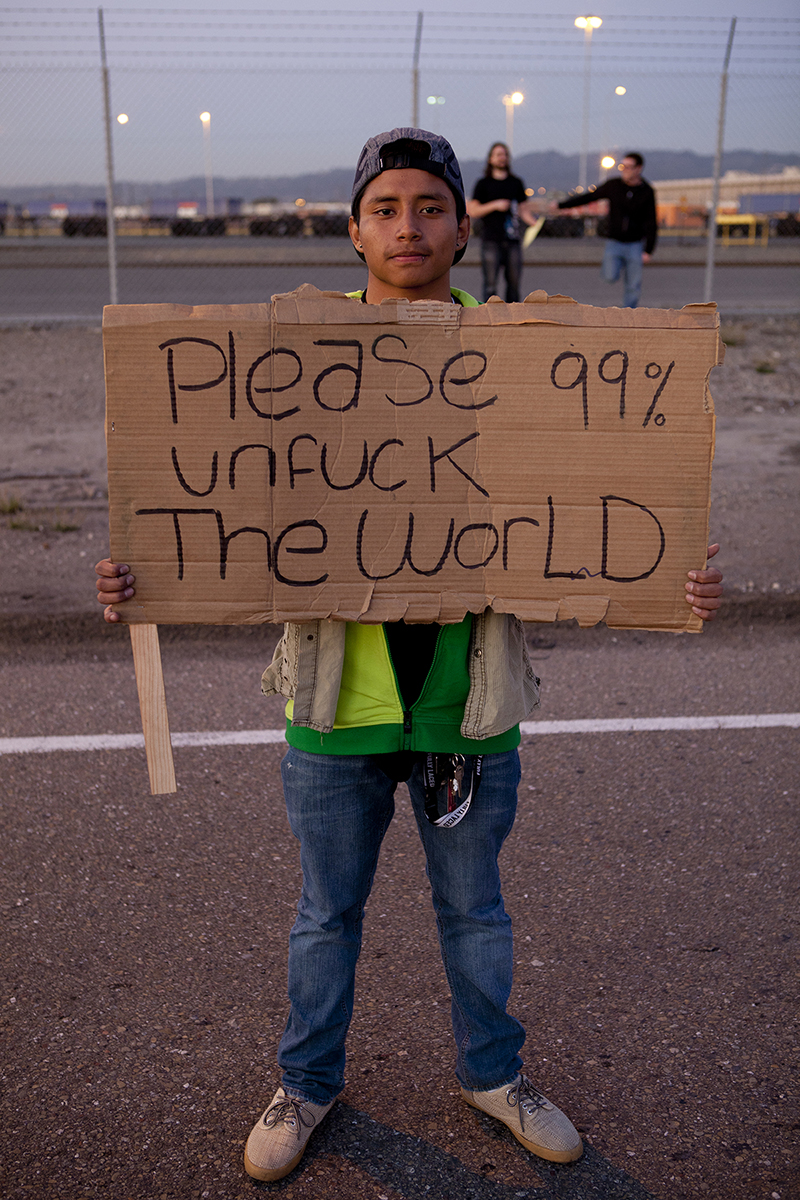 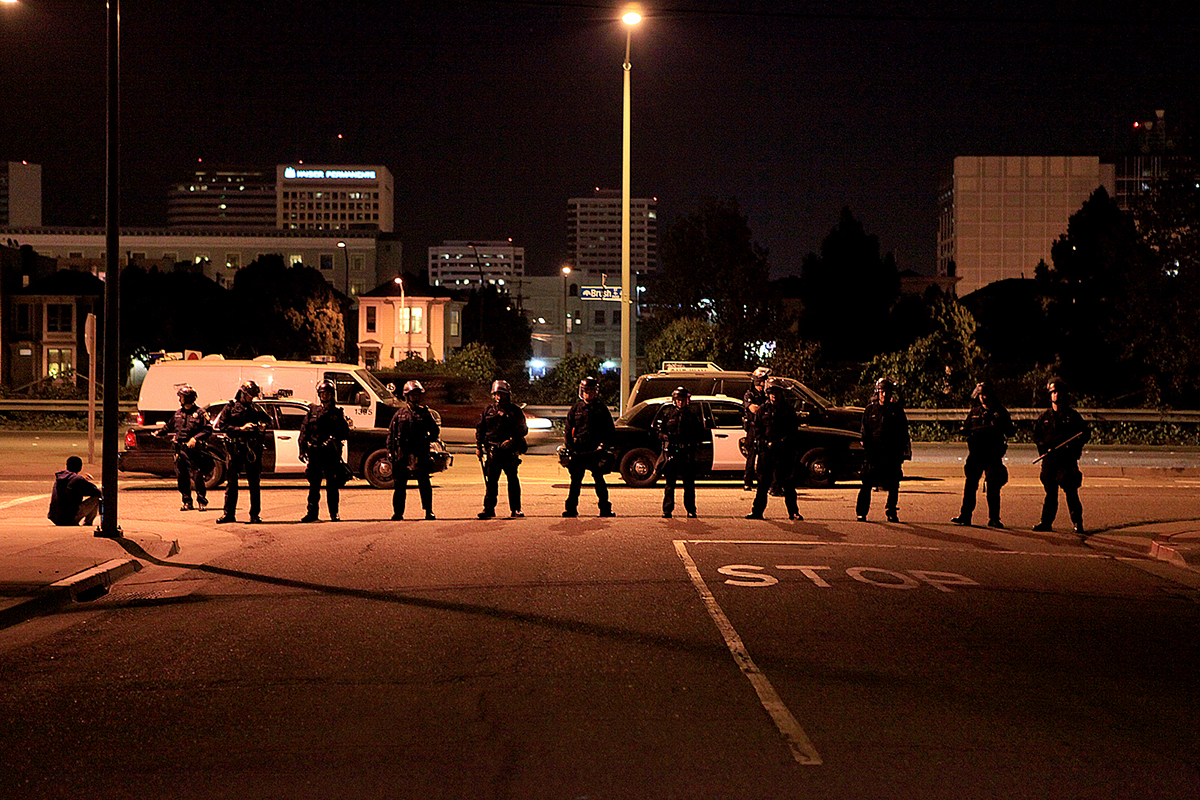 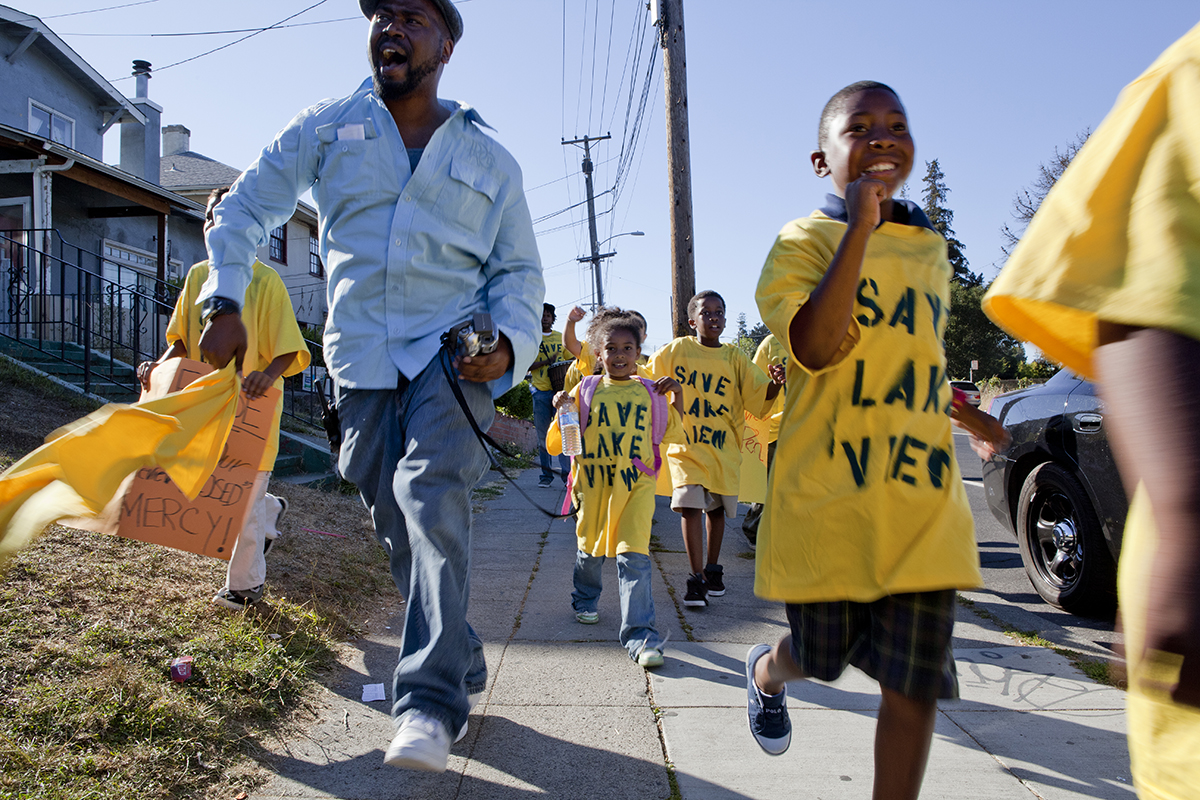 When Oakland Unified School District announced it would close five of its elementary schools in 2011, parents, students, teachers and community members voiced their outrage. A teacher from one of the five schools, Lakeview Elementary, led his students on a march to a school board meeting. 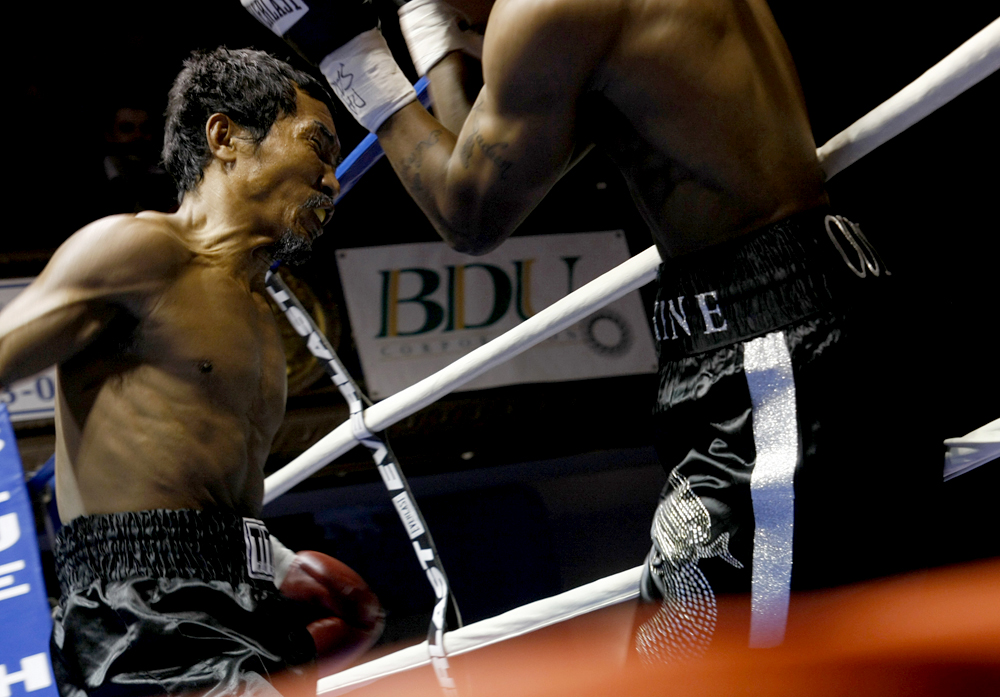 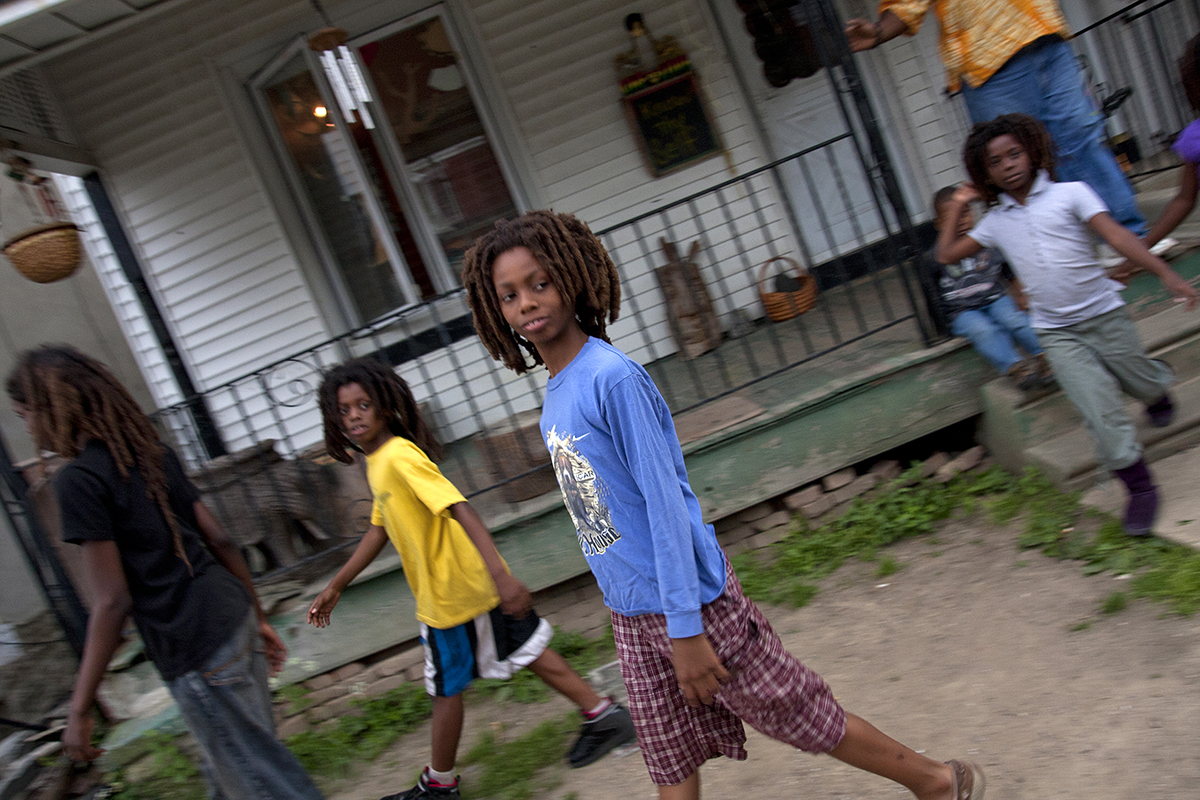 The Lyles family, in Germantown, Philadelphia. 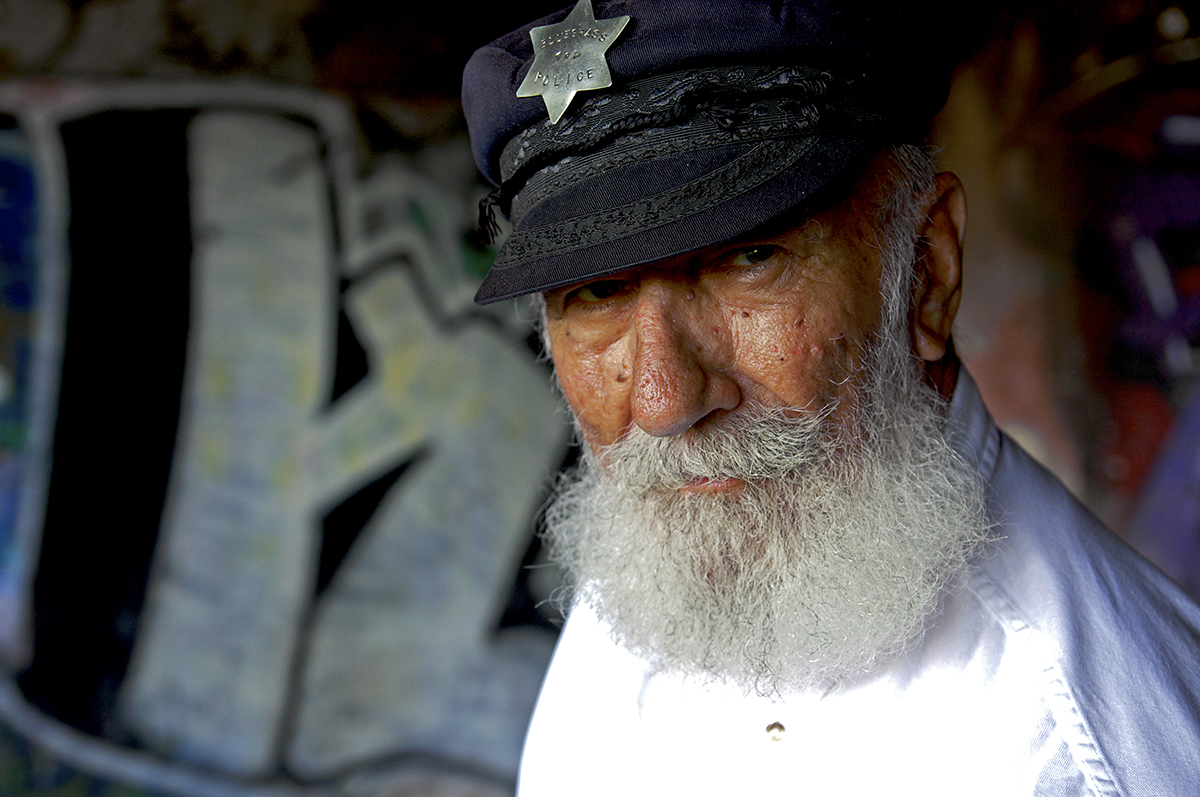 Norm Provost calls himself the unofficial mayor of Peak’s Island, a small island off the coast of Portland, Maine. 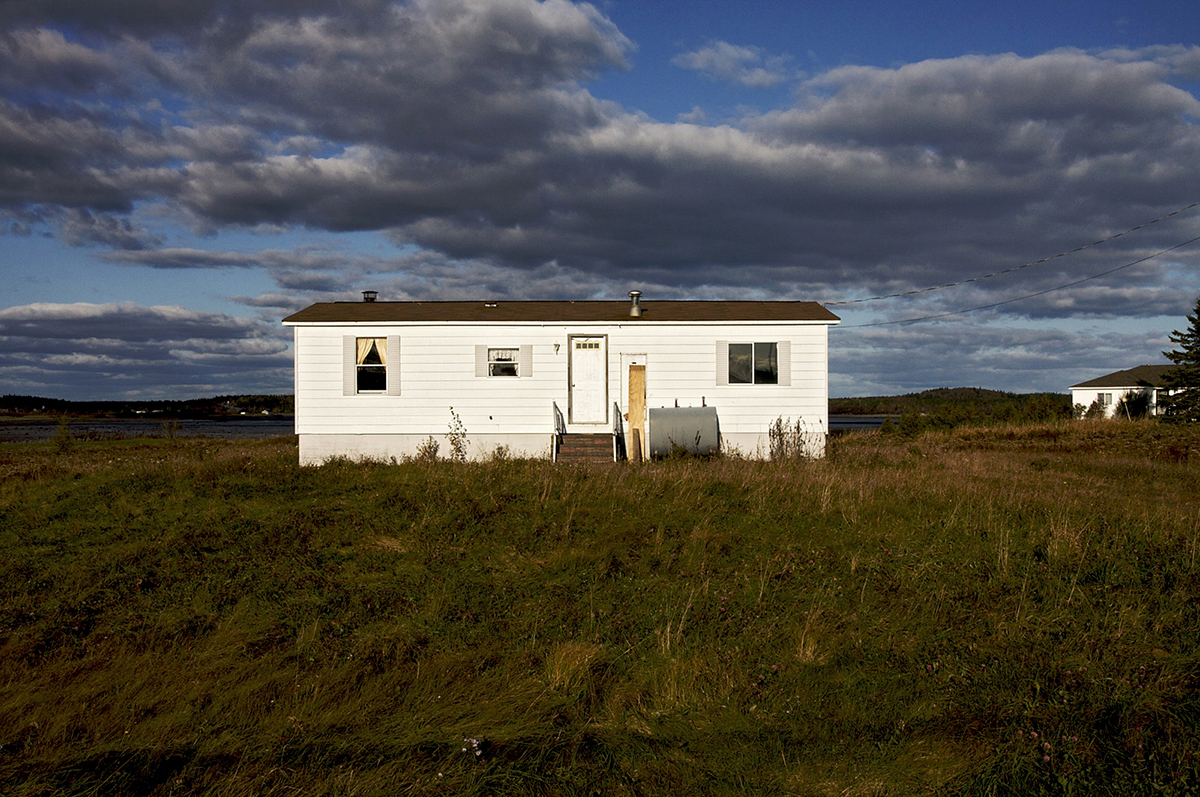 Lubec, Maine is the easternmost town in the United States. An isolated, winding peninsula on the northern coast, it feels like one of Maine’s many islands. Though work is scarce and winters are long, the stunning landscape captivates lifelong residents and newcomers alike. 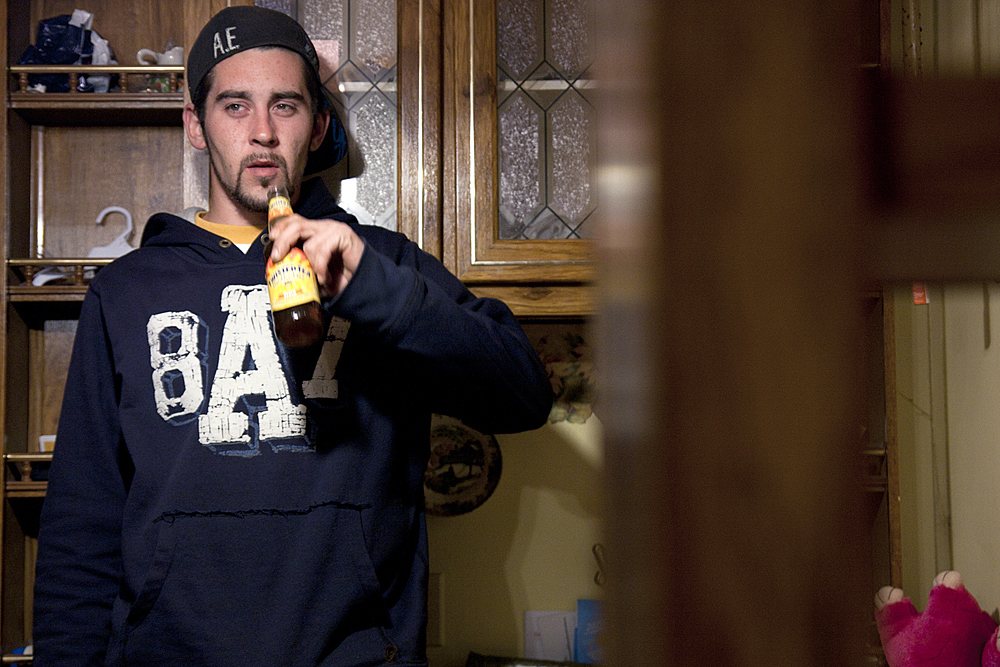 Tommy Blake, 23, is a lifelong Lubec resident and a recovering opioid addict. Even though he’s watched friends and family lose work and struggle with drug addiction in this shrinking town, Tommy has resolved to stay. 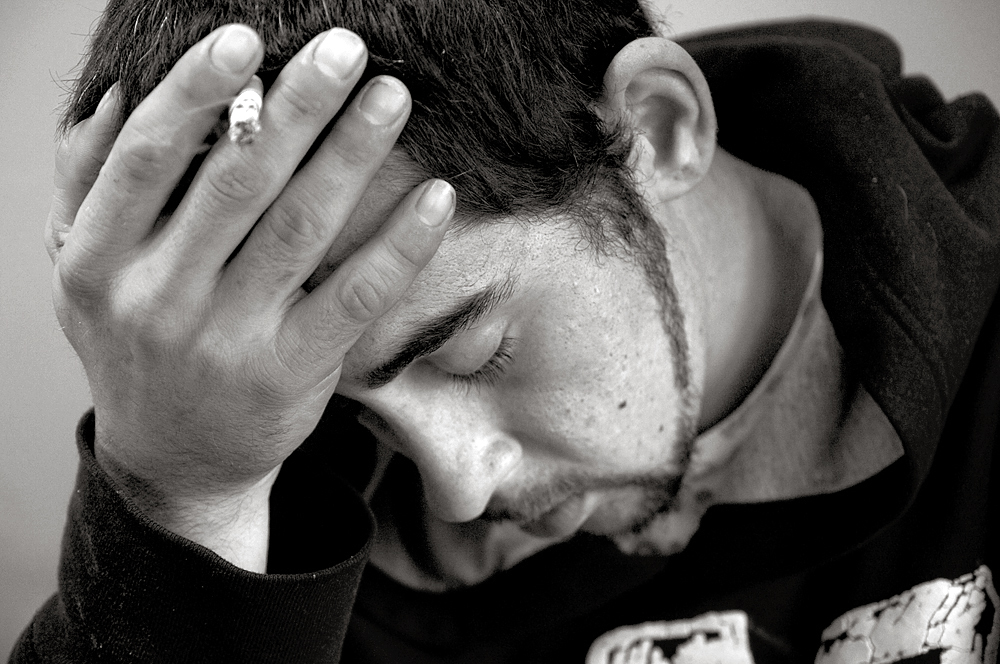 Tommy gets frequent headaches, a result, he says of “years of being a drug addict.” 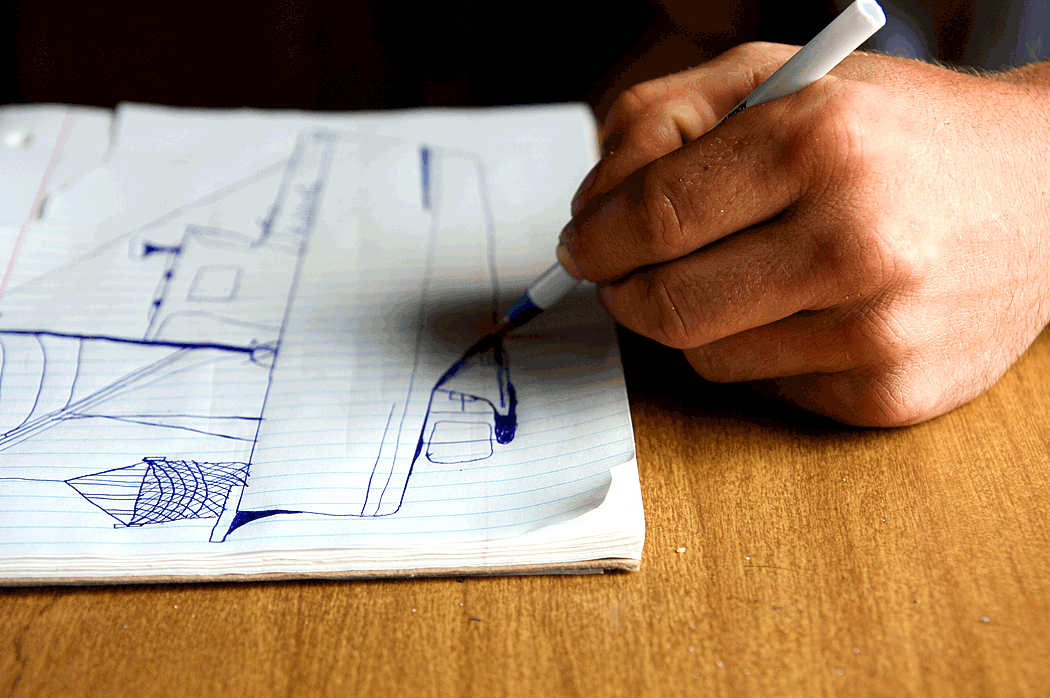 Tommy comes from a long line of fishermen but it’s a dying profession in Lubec. Most young people leave town to find work, but Tommy is determined to stay.  “I’d rather fish and be on the water than anything else,” he says. “If I’m not on the water I’m not happy.” 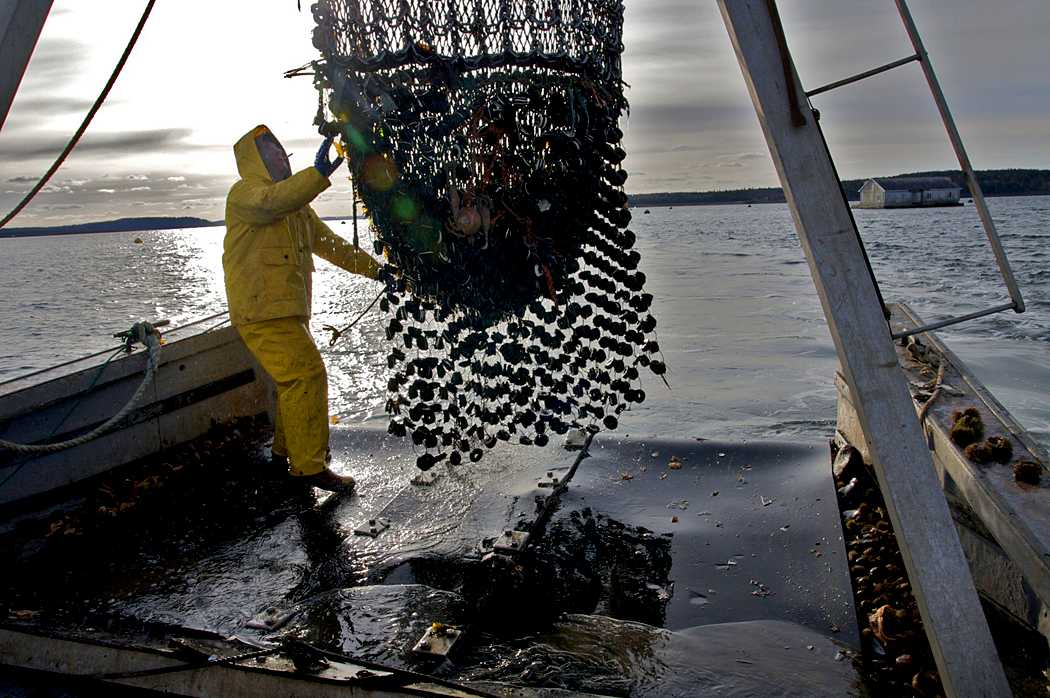 Years of overfishing have depleted the waters around Lubec. These days many fishermen in Downeast Maine have sea urchin licenses, a delicacy in Asia. 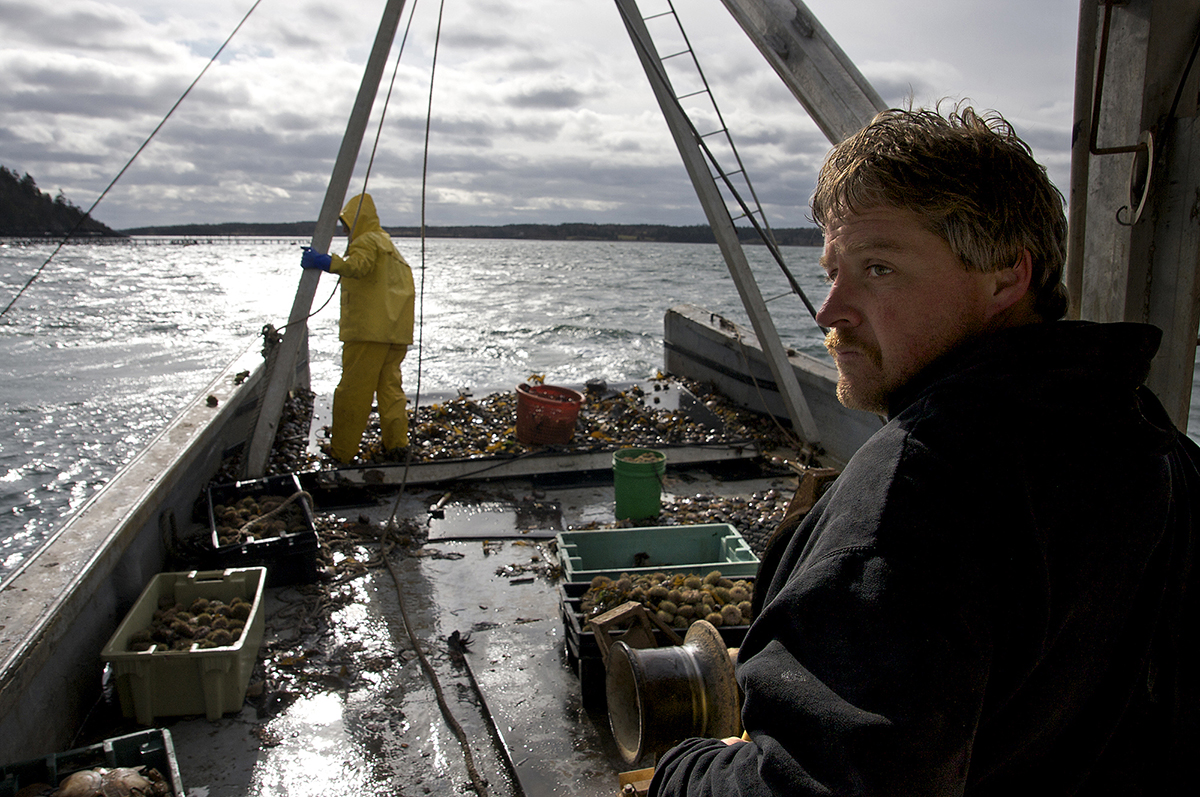 Fishing is hard, cold, and not that lucrative. Most fishermen have to find other work in the off-season. 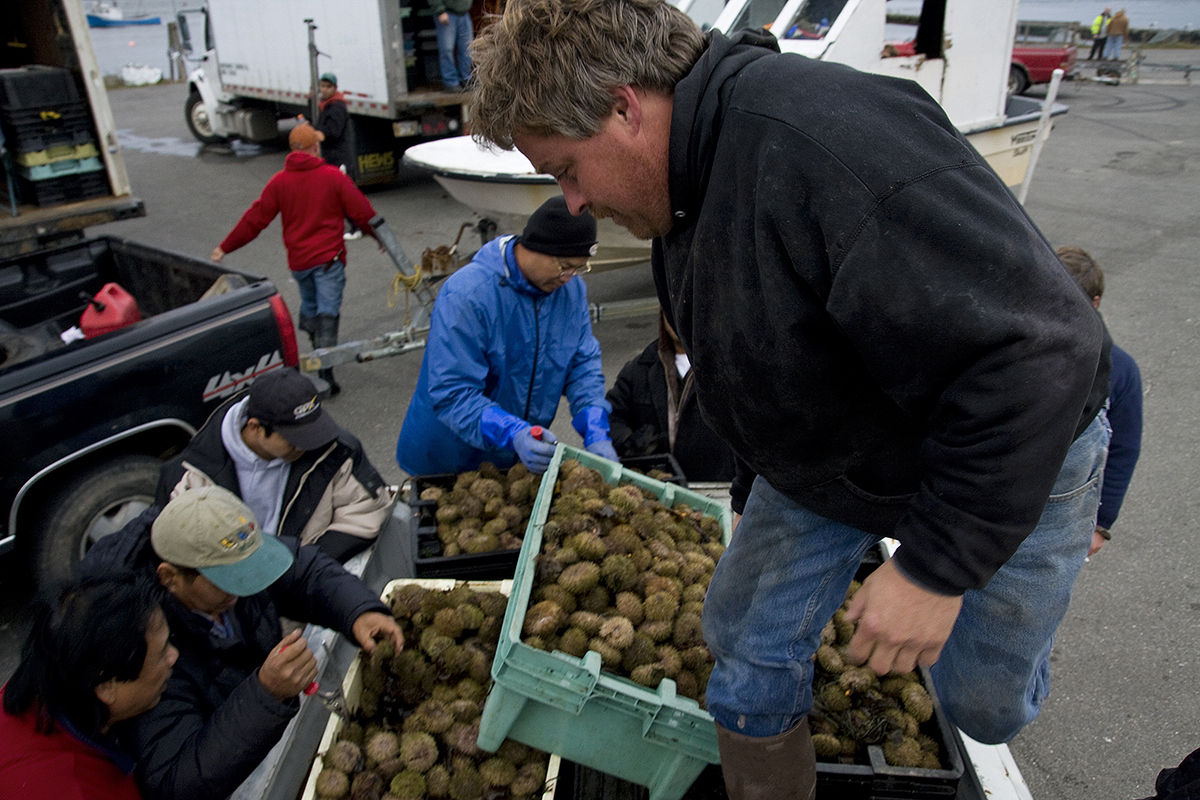 At the end of each day buyers from Portland scramble to purchase the best-looking urchins and then ship them to Asia, where the roe is a popular delicacy. 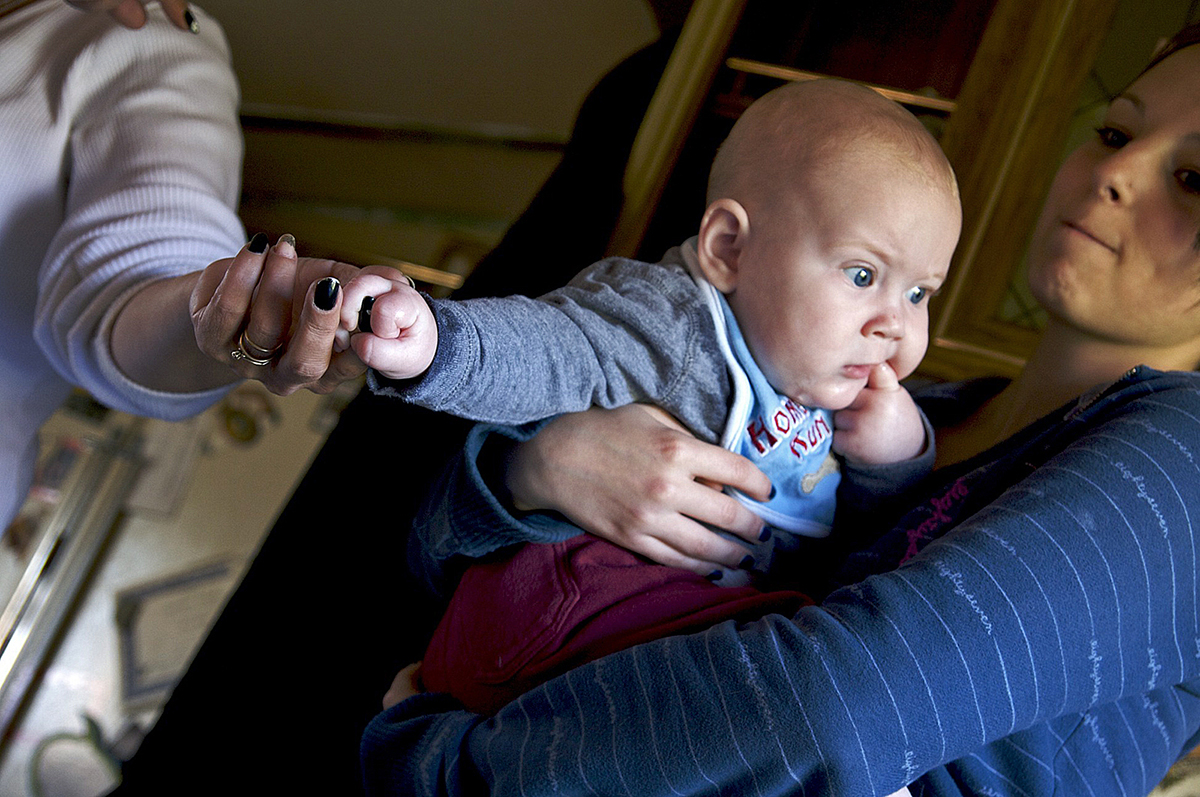 Tommy and his teenage girlfriend have a son, Kohyn, together. 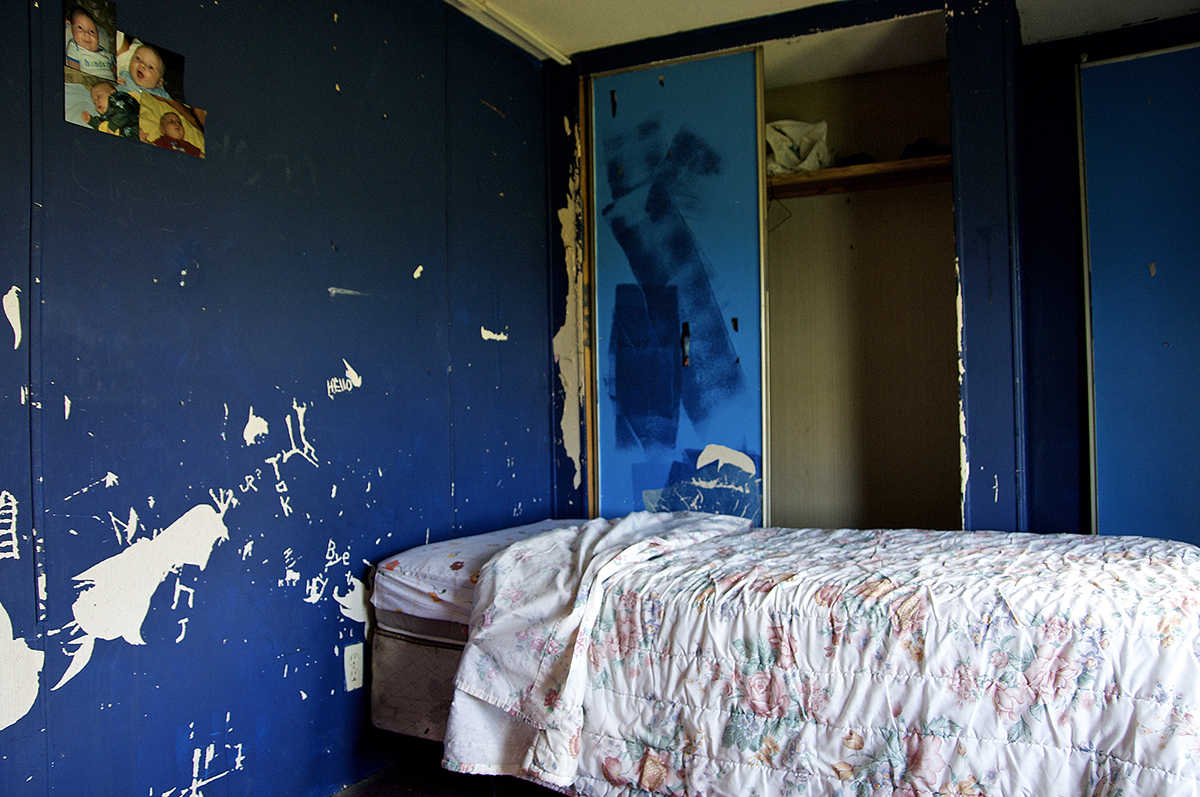 Tommy is slowly fixing the trailer he grew up in for his new family. He plans on turning his old bedroom into a nursery for Kohyn.